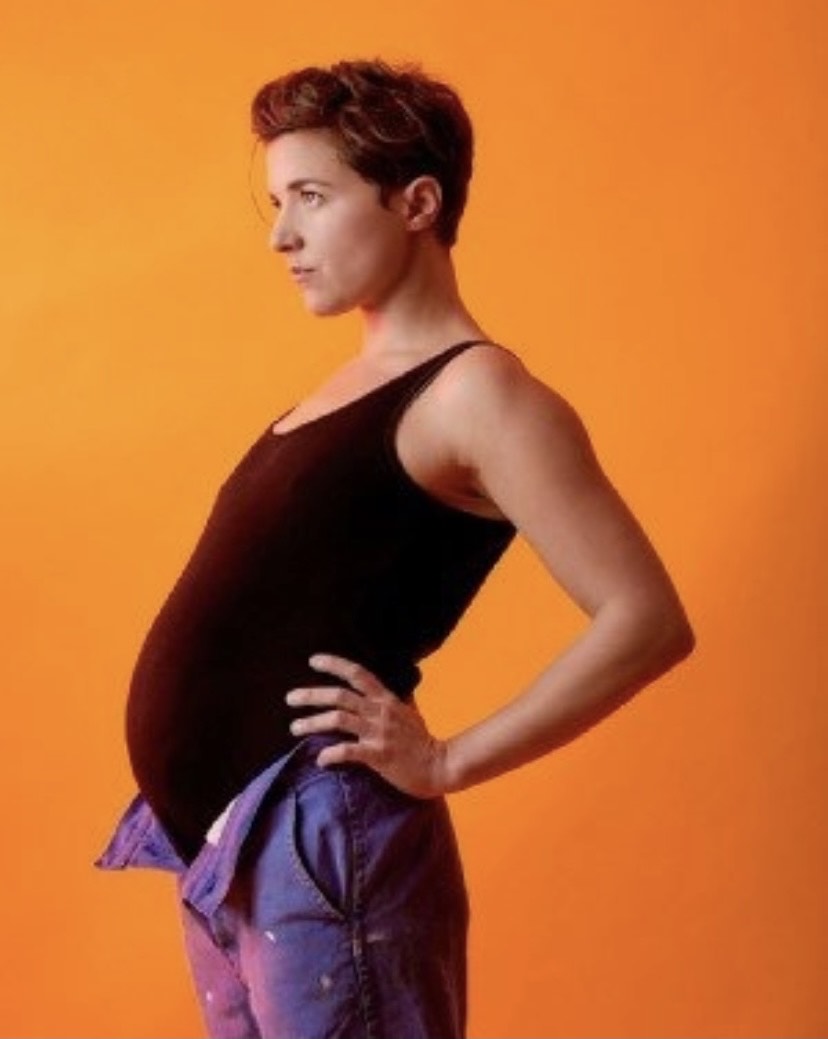 I was asked if I would like to review Push, a theatre film from Popelei which is part of the pleasance festival online.  I was keen to see if tuning into the festival online, pj’s on, from the comfort of my own home would be a treat.  With two young and energetic kids, who are often awake past 9pm, it took me a while to find space to jump in.  I got there in the end but it may have been easier just heading to the theatre with some friends.

The film is a collaboration between writer-performer Tamsin Hurtado Clarke and writer-director Scarlett Plouviez about a woman waiting to find out the results of a pregnancy test. An awful lot can happen in the space of three minutes.  It took me back, although my thoughts and feelings were a little more positive as I was super keen to have kids.  Many warned me of the sacrifice and effort it takes to keep young people alive and happy, but it didn’t matter.  I knew what I wanted, despite knowing it could be a shock.  I was very curious to know how shocking it would be and this film demonstrates many of the thoughts that may cross our mind.  Parenting is a rollercoaster which brings many surprises.  I think this short film will bring comfort to many who overthink and worry about the pressures that come with raising kids.

Unlike my ‘keeno’ self, the main and only character in the film had decided not to have children but in her mid 30’s, finds herself in that position many of us have been through, waiting for the test to change colour. There is some dancing as she shakes off her doubts and fears and a lot of chat about how she imagines herself as a Mum and what could and could not go wrong.  Some of the thoughts are widely relatable and others may be a little dark for some, which adds to the drama.

Clarke is a present, bold and engaging performer, so her energy would work very well in a live and intimate setting with this style of monologue script.  I thought the film was of great quality and well made.  It’s not the kind of film I would normally watch but it’s good to try new things.  I can imagine the dancing and some of the slightly more shocking lines having a greater impact in person.  However, with decent sound quality at home and kids out of sight, you can embrace it.

Push is available on demand from 6th to 30th August.