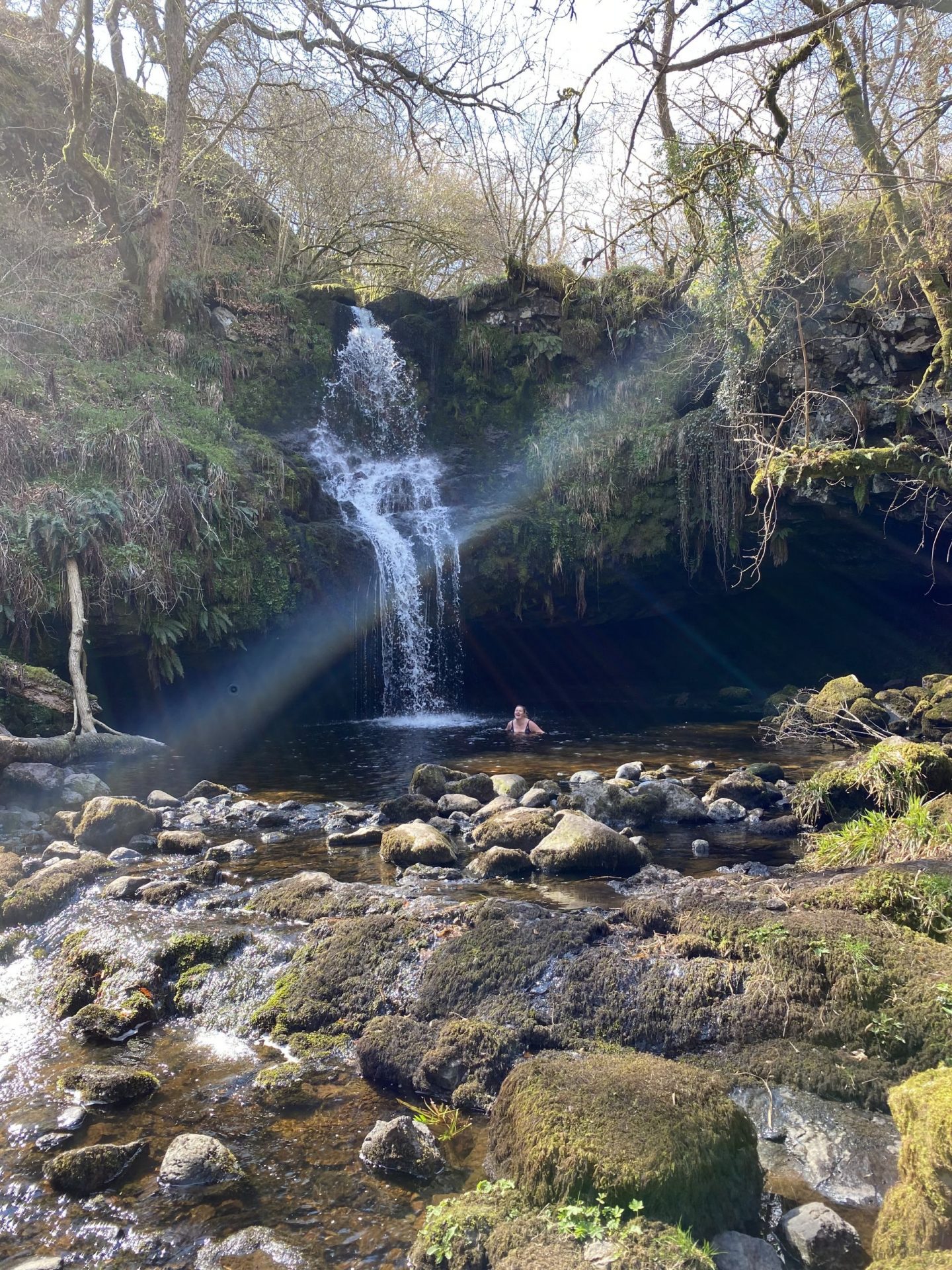 Last weekend, after seeing a recommendation on the fab Wild Swimming Scotland Facebook page, we went off on a mission to find the hidden gem Gilmour’s Linn and Charlie’s Cave.  A great blog was shared all about the history and with some directions.  Gilmour’s Linn waterfall, also known as Touch Glen Waterfall is tucked away just outside Stirling. It is backed with a long cave which has links to Bonnie Prince Charlie, hence why it has been nicknamed Charlie’s Cave.  With our very own Bonnie and Charlie (if we ever get a dog we should name him Prince), I thought it would be super cool to go.  Plus, you know how much I love a cold water dip.  So, off we set. I put the following postcode into the sat nav – FK8 3AH and from Edinburgh it was a fairly quick trip of around 45 minutes.  We drove through a town called Cambusbarron, which has two great parks.  We promised the kids we would go to one of them on the way home.

The postcode took us down some windy and peaceful country roads.  We parked next to another car, not far from a nice stone cottage, however after chatting to the lovely residents, they have asked that you follow that same postcode and park at the waterworks at the end of the road. 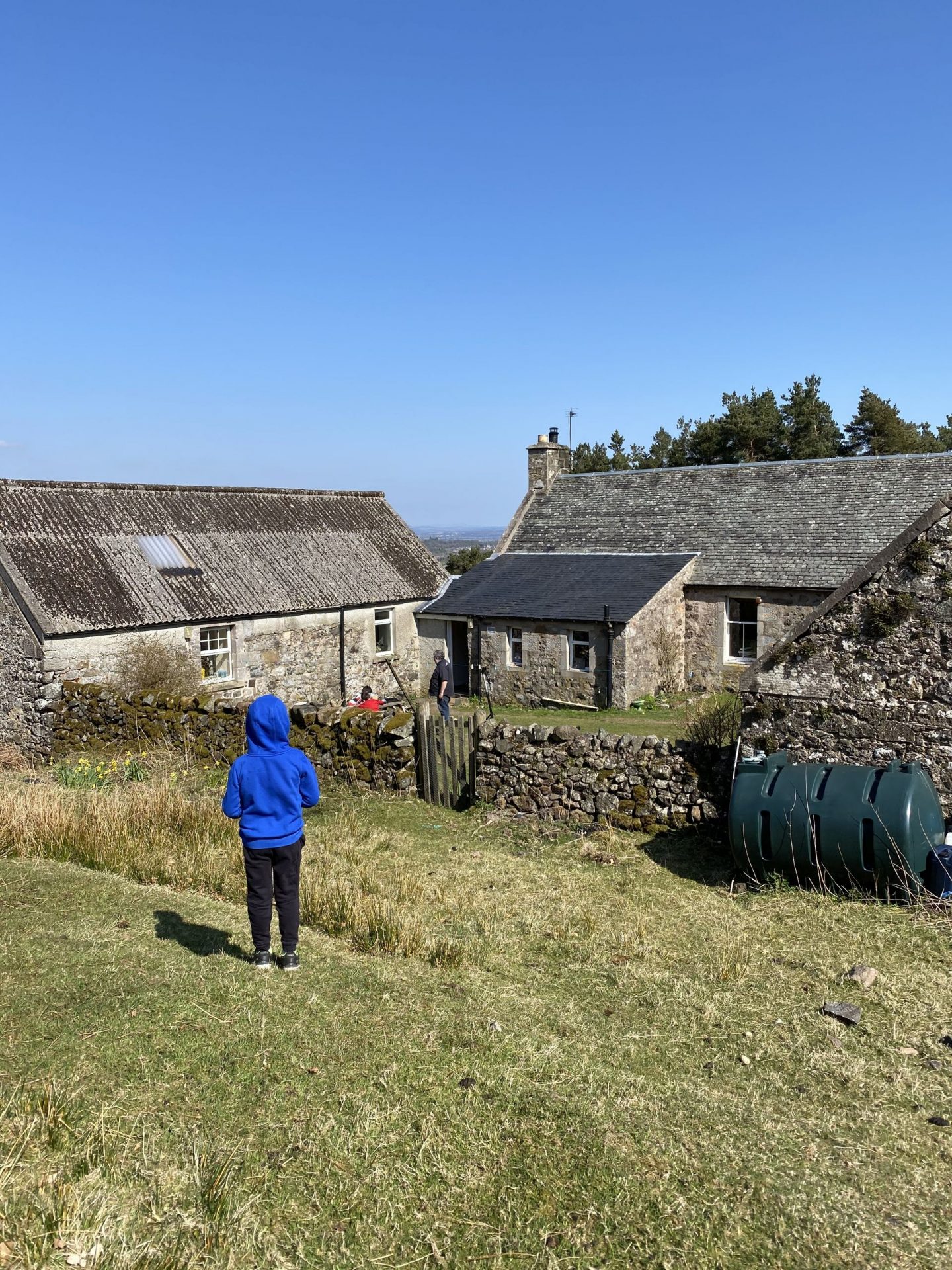 Above is an image of the cottage NOT to park beside.  However, if you see this cottage and are standing facing it, you want to walk up the hill to the left and keep walking up.  We walked down the hill to the left.  The image below is the hill we should have walked up (we went up for a picnic but then walked back down instead of following the path up further). There is a big fence to keep out deer and I assumed we wouldn’t be able to get through to the waterfall because of this.  However, you can.

The kids were getting a bit fed up at this point bless them! 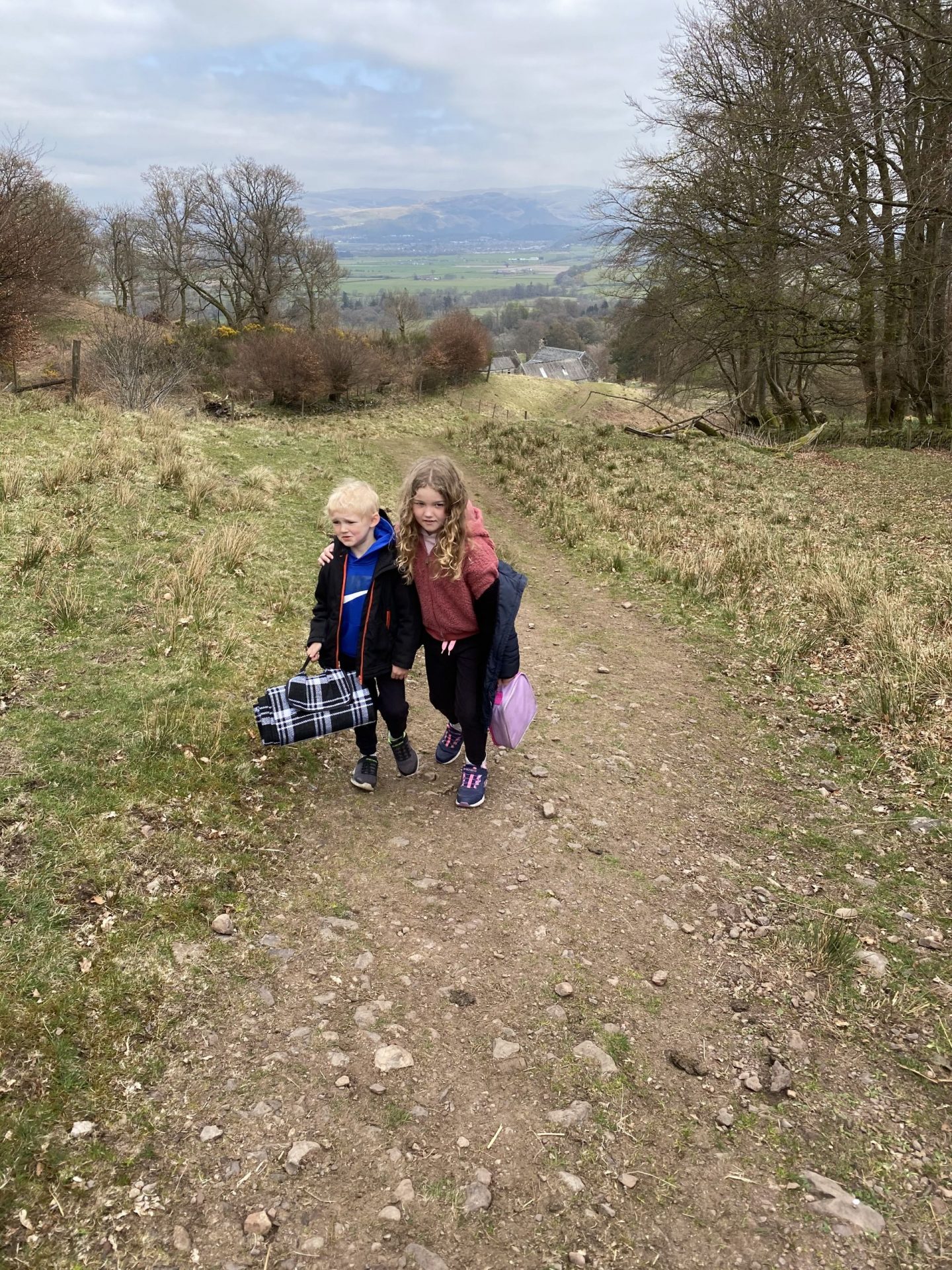 The video below will show you exactly where to go.

We went on a bit of a mission, walking through some pretty marshy fields.   Either way, be it up the hill and round or down on one of the pathways (we tried a couple and eventually got there) it will take about 20 minutes to reach the waterfall. According to the locals we met, walking on the pathways that we took could put you at risk of getting ticks (thank goodness we managed to avoid).  The couple we spoke to informed us that a family member got lymes disease, so you need to be careful when going off the beaten track.

We had to persevere to find Charlie’s Cave and with two young kids it was important that we had plenty of snacks.  We had planned to have our picnic lunch by the waterfall, but had to stop a bit earlier as we got lost.  All part of the adventure.  When we finally arrived, I felt a bit like  Leonardo Dicaprio aka Richard in The Beach.  We actually made it and it was time to enjoy.  I got my clothes off as quickly as possible and jumped into the cold water. 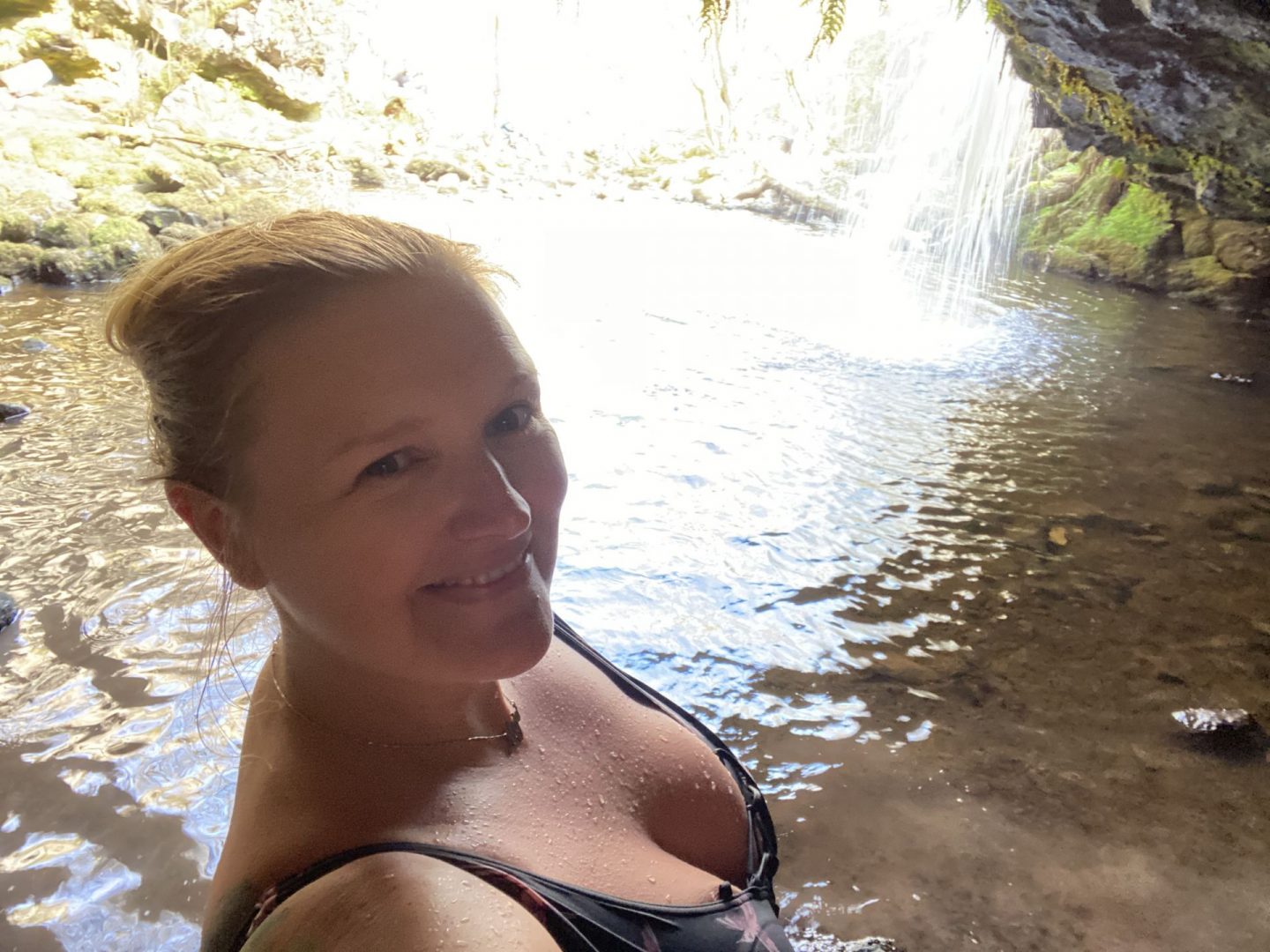 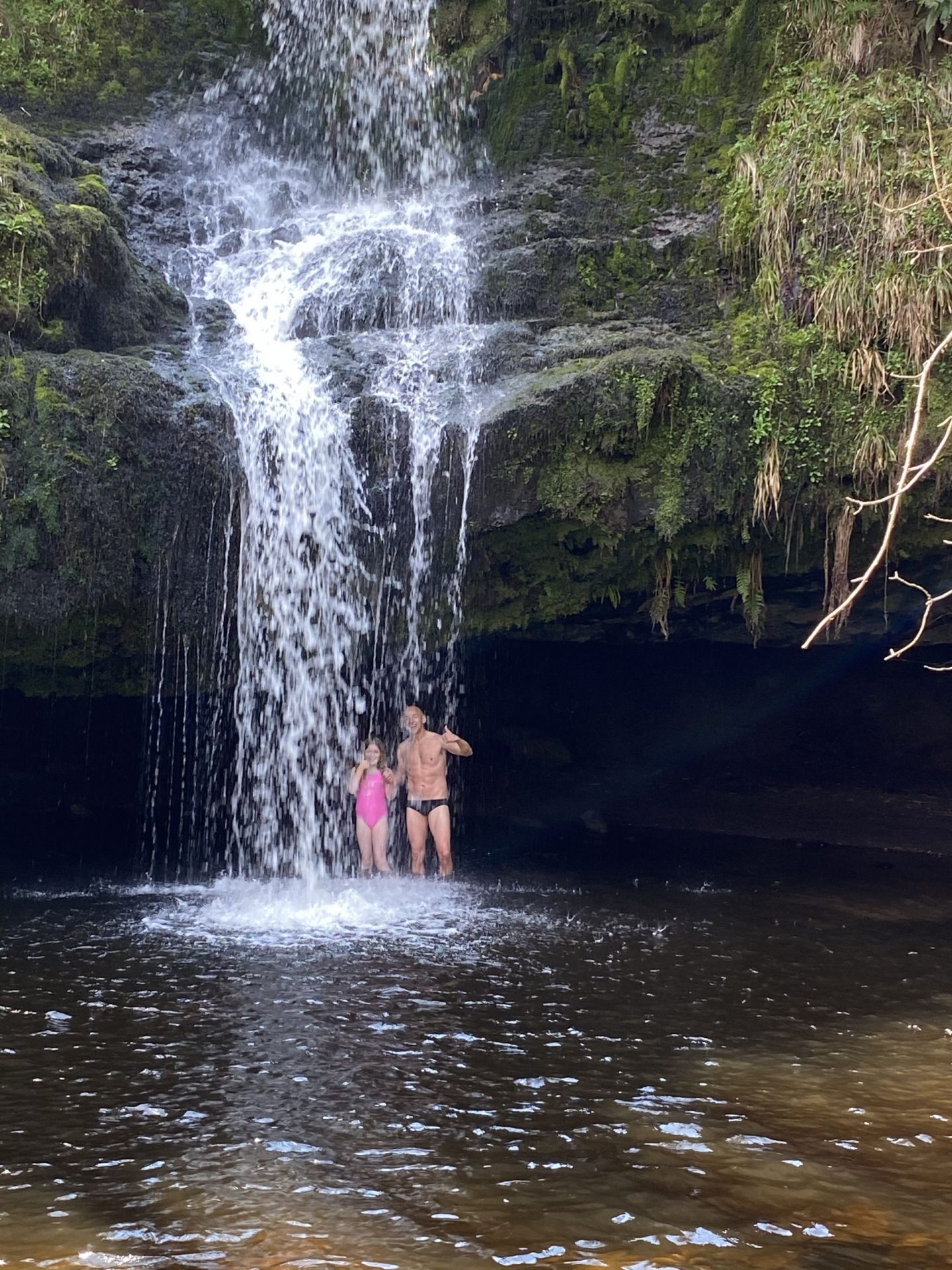 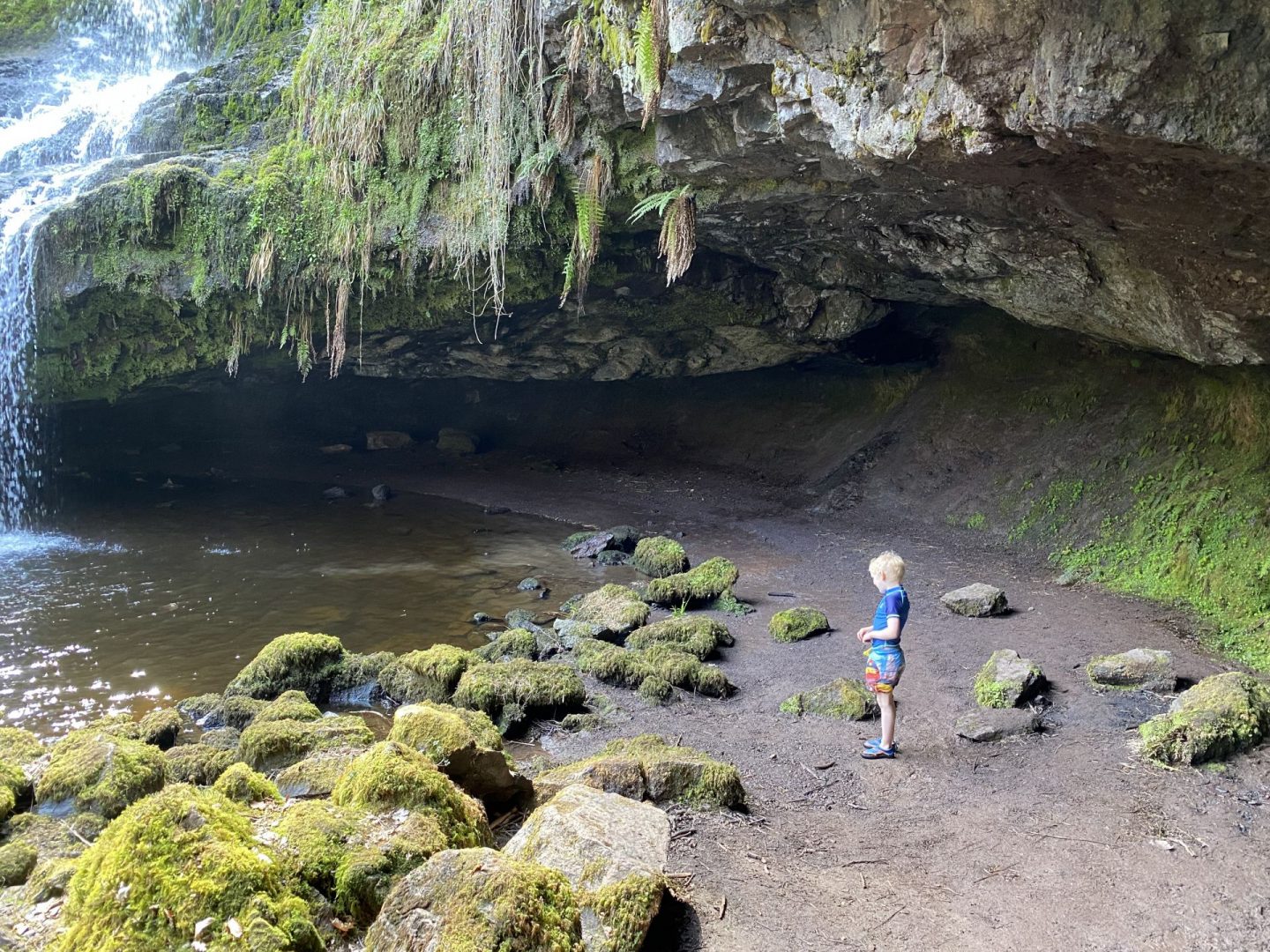 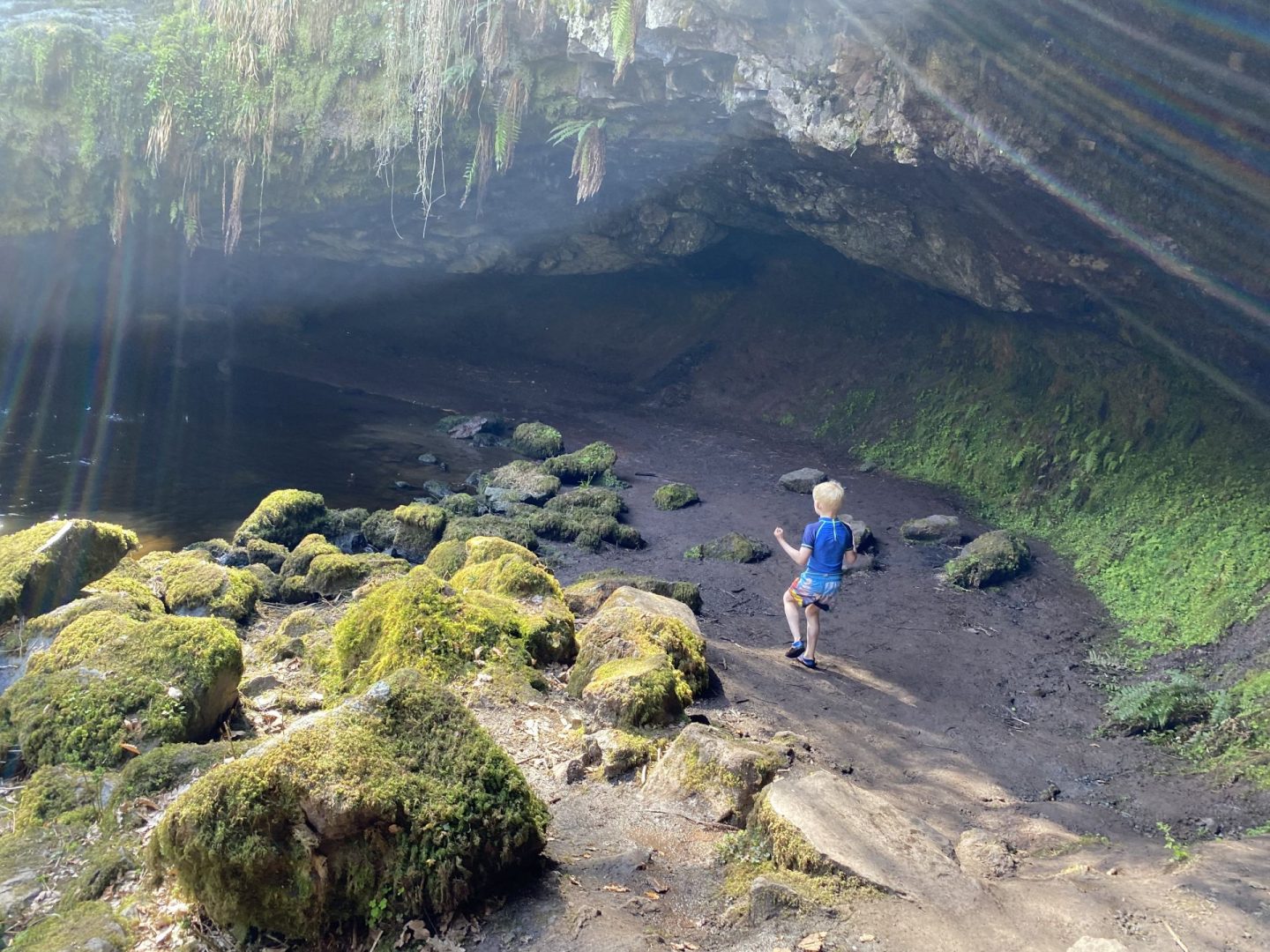 The water is deep enough for a swim or you can have a wee paddle.  It’s not too deep by the waterfall.  A great spot for a refreshing cold shower.

This is a lovely spot.  I hope you find it.  Below is a great slide in one of the parks in Cambusbarron.

Enjoy if you go, send me a selfie x 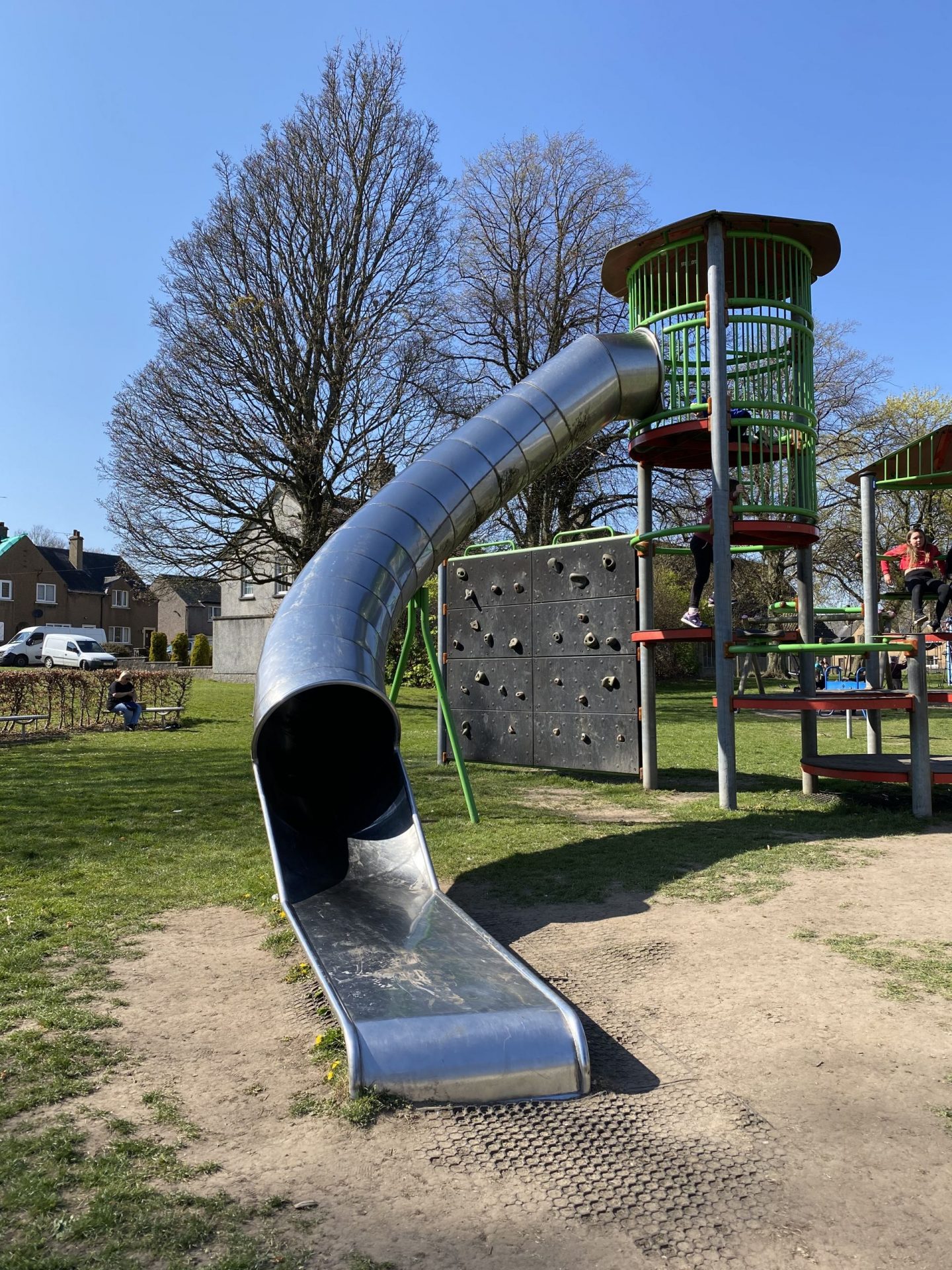 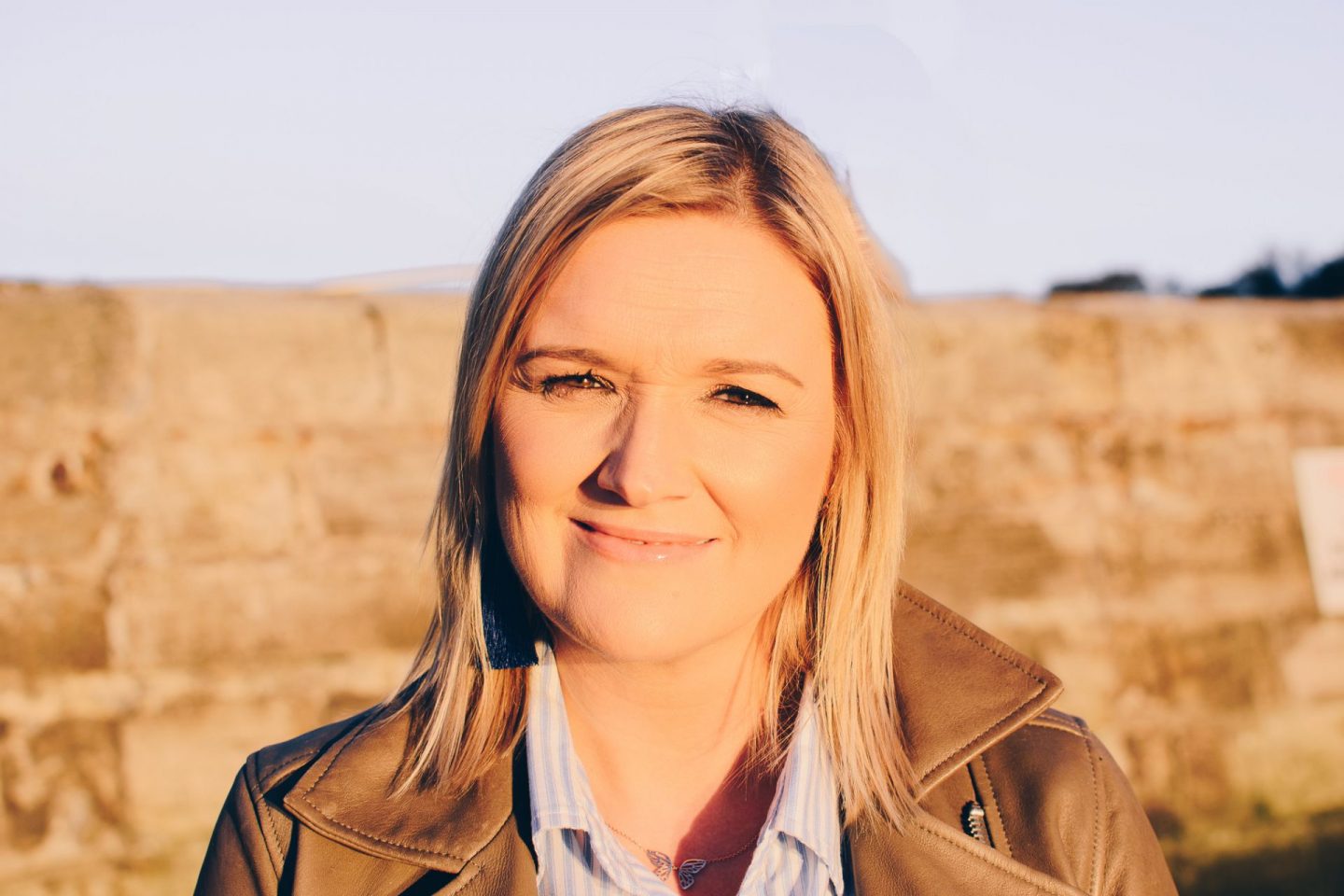 Jojo Fraser is an award winning author, coach, podcaster and motivational/TEDX speaker.  She has been a mental and spiritual health researcher for the past 7 years and helps to empower, motivate and uplift the leaders she works with.  She is known for her straight talking and bold approach.  Her mission is simple – to normalise what many see as ‘the hard’ conversations and in breaking the stigma, save many lives.

She is a regular speaker on BBC Radio, a keen foodie, lover of trail running, wild swimming, spa days and she loves to sing.  Jojo writes about all things mindfulness, relationships, positive psychology and lifestyle.

You can purchase her first book here.