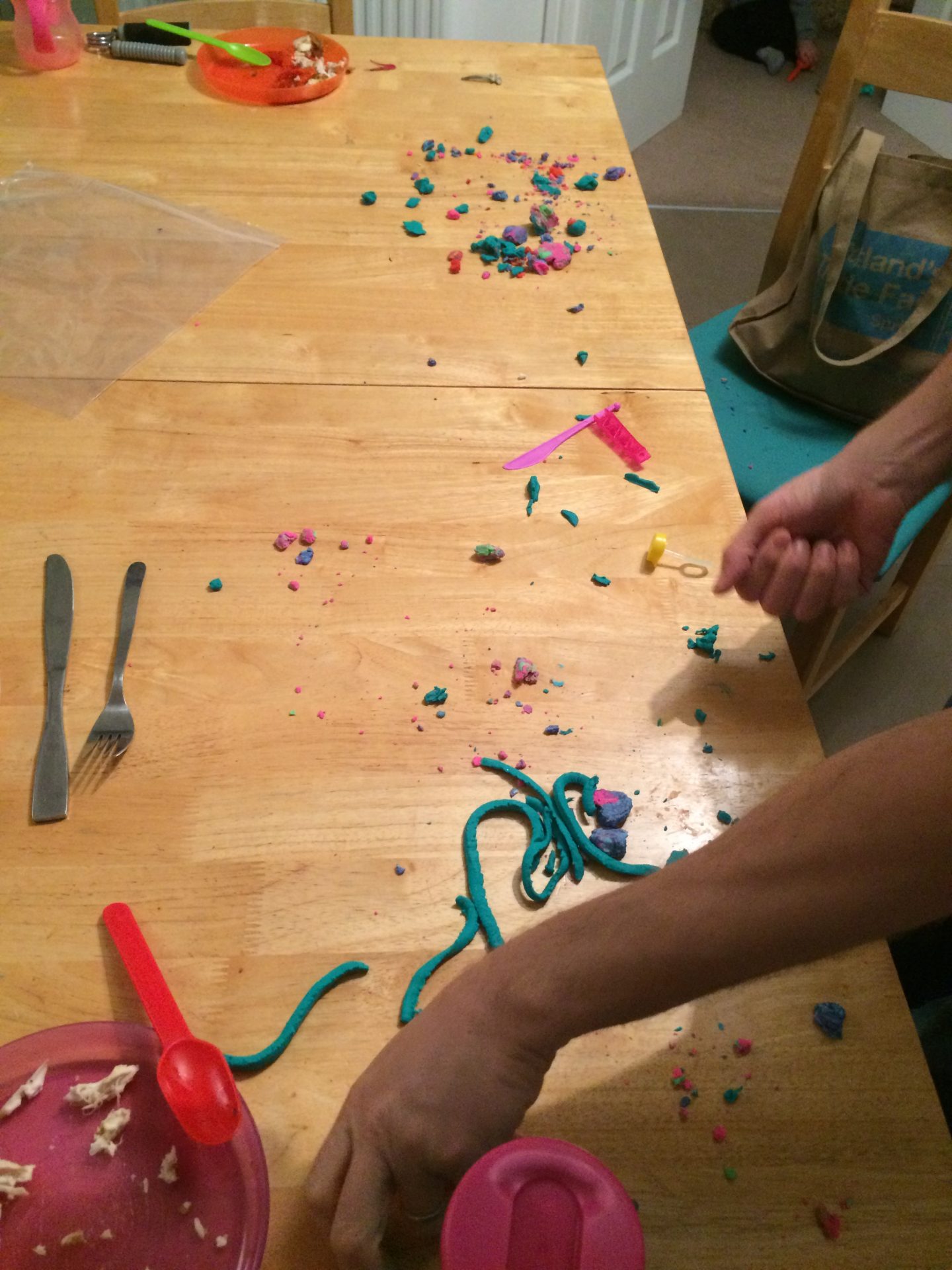 Over the weekend I had a mega Spring clean.  It felt so good. Yes, the rays and flowers are  coming out to play but will you be embracing the traditional start of the season cleaning and uncluttering?  How clean is your house, and does it really matter?

A recent survey of 1,200 mums estimated that if mothers were paid for all the tasks they do on a daily basis, including activities such as cleaning the kitchen, tidying away toys and being at kids beck and call 24/7, they’d earn a stonking £80,000 a year! You can work out your cost on a calculator produced by those who conducted the survey but it goes without saying that a Spring clean should definitely be incorporated as a more expensive extra. Do you do a deep clean in springtime? Do you think it’s even possible to keep a home completely spick and span most of the time when there are kids in residence?

Okay, so there are some naturally neat and tidy children out there, but they are for the most part in the minority. How many little ones do you know who like to put the toy they are playing with away before they move on to the next one? The problem of crunching toys such as Lego underfoot is such a well-known risk for parents that protective slippers were invented to help individuals avoid the excruciating pain of treading on the plastic bricks.

And let’s be honest, toys just make up part of the cumulative clutter associated with having kids. Discarded clothes and shoes, half eaten snacks – picking up, binning, wiping, moving and putting away all of these things ensures there’s always something to be done, if you aim for a mess-free home that is. But, while being tasked with a constant barrage of tidying can get frustrating, the mess usually points to fun being had and provides clues to the activities of happy children and toddlers. What would a forensic examination of the mess in your home reveal? Are you happy amidst the chaos knowing that all that clutter tells the tale of family time well spent?

Even if you’ve always been a neat freak and feel happier in a super tidy environment, with little ones in tow and a never-ending to-do list, sometimes tidying has to move a few places down the priorities list. That’s not to say that you’re now happily drowning in dirt or setting up your own bacteria breeding haven, just that nowadays when things get messy you’re a tad more likely to take a deep breathe and move on. Before tackling mess you may be likely to do something more pressing, knowing that you’ll get round to that big clean up eventually. You may even promise yourself that you’ll do a super spring clean to get everything back in order, at least temporarily! The fact is that time really is of the essence and research suggests when it comes to tidying it’s really not in our favour. One poll of new parents found that ‘constant tidying up’ was the worst part of being a parent. Another survey revealed that 30-something mums are so busy fitting it all in that evenings are generally dedicated to clearing and tidying.

If you accept that keeping the entire home tidy all of the time is pretty much an impossible task as a parent of young children, you may be thinking instead of how to minimise the damage. Dedicated playrooms have come back into demand for this very reason, because sometimes it’s nice to be able to turn around and shut the door on the devastation! We are hoping to covert our garage shortly for this very reason.

If you’re not lucky enough to have a spare room you can offer up in sacrifice to mess, you could consider siphoning off some of another room. Sometimes having a corner of a living room or part of the dining room where mess can reign supreme can help you reclaim other areas of the house, though you’ll need some tricks and tools to help you do so. A physical barrier such as a curtain or even some bi-fold doors can help put a little distance between you and the messiest space. The latter should also help contain noise too, particularly if you choose a design which comes with the option of adding extra soundproofing like these internal bi-folds from Vufold.
Where do you stand on the issue of mess? Are there more things to worry about as a busy parent or are you one of those people who can’t sleep at night if the dishes are left undone?