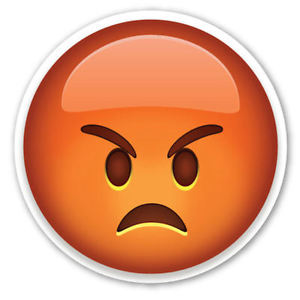 Do you ever have days where it feels like asshole city?  Isn’t  it crazy the impact that people can have on us?  Isn’t it crazy how words can stick with us for years? As can actions? We as people have a huge responsibility – we can chose to be an asshole and make someones life a much harder, sad place or we can chose to be a good soul and spread happiness. Happiness glows.  I love being around a good soul.

Last Friday morning I met a TOTAL ASSHOLE.  I was in Urban Village hotel getting packed up to head to the car with the kids.  My 1 year old ran away from me for what I guess was the 27th time that day – if you are a parent you will get how insanely annoying this can be. I am known for being relaxed and smiley but sometimes I actually want to pull my hair out.  Just keep still for one minute boy or I may scream or cry.  As I was gathering up our things he ran a few yards away from me towards some cool looking light feature with birds in it.  As I went to grab him a fairly handsome guy with a nice Northern Irish accent came up to me and said in a really patronizing, nasty tone ‘excuse me, he is going to burn his hands’.  Do you think I can’t see this?  Do you think I am not already stressed enough as I run towards him with my bags and a 4 year old screaming for more juice.  Why instead of judging and being rude to me do you not see that I have my hands TOTALLY FULL.  Do you have any idea how stressful this can be?  Do you have any idea how much I would love another pair of hands.  Why couldn’t he just be nice and help for a split second instead of judging?  He made a stressful situation worse and had an impact on my mood for about an hour.  Negativity breeds.  I felt low like the day I had been judged by a fellow Mum for wearing lipstick.

Of course for all the assholes there are lots of good souls who have boosted my mood. People who  come and offer to help me to the car. People who take my bags and chat to my 4 year old as I run after my maniac toddler. People who make me feel normal, spread a little love and make the world a happier place. People who point out nice stuff like the girl at the gym last week who said I have nice skin – what a good soul.  I would much rather hear that over ‘you look tired and pasty’. Comments like those just aint productive – tell me something I don’t know love.  Some days we get lucky and we meet more good souls, other days an asshole appears and sends the mind all the way to gloomy town.

In March this year when Lindsay Robinson was shopping in John Lewis she got unlucky. Her toddler was kicking off, as they do which is brutal but totally normal.  She had a run in with an asshole member of staff who told her to leave.  On another day there may have been a good soul on shift who would have helped and reached out to her and offered a reassuring smile – here have a voucher for a coffee and a cake because you need it.  As a result she would have stayed longer, been happier and spent more money.  Instead nobody was a winner that day.

The other week I was unlucky because an asshole got hold of my purse and stole my money.  If a good soul had found it then my week would have been dramatically happier.

We are all capable of being an asshole or a good soul – even when the going gets really tough. As the years go by I realise that being a good soul is so much better for everyone – even when it is tempting to be an asshole instead.  How nice would it be to look back on life and think – I helped to make people happy.  I did things that had a positive impact.  I helped that Mum out of a horrible situation.  I found that purse and I handed it in with the money that didn’t belong to me.  Money that someone else worked hard for.  Money that might even have belonged to a child after her 4th birthday #truestory.

An asshole ignores a new colleague at work who looks lonely and intimated. An asshole blasts the horn and puts their fingers up at someone driving slower than they would like.  An asshole parks in the parent and child parking spaces when they have no kids in the car.  An asshole always complains, no matter how good they have it.  An asshole thinks about nobody but themselves.  Their happiness comes first – always.  An asshole gets off on making others feel bad.  An asshole loves to pick faults in others instead of helping them or focusing on the good.  An asshole glares at someone who gives them a big smile. An asshole bumps a car and drives away.  An asshole tells a Mum with 2 kids climbing the walls (who has 10 items in a trolley) that they are in the basket queue and to get in another aisle (I was almost as asshole that day when I considered punching what looked like an 80 year old lady for saying this).

A good soul takes deep breaths and tries not to kick off and let the assholes win. A good soul helps people.  A good soul realises that it is better to live a life being nice – it is better for our mental health too.  When we help others it feels so nice.  When we make people smile it feels so good.  When we make people cry and upset it sucks. Love always wins. Kindness feels great, it is free and it is within our control.  We have the power through our actions to change a persons life for the better or worse.  To me if I stop and think about that it is pretty mind blowing.  Kindness can be as simple as a smile.

A good soul glows.  Don’t be an asshole.