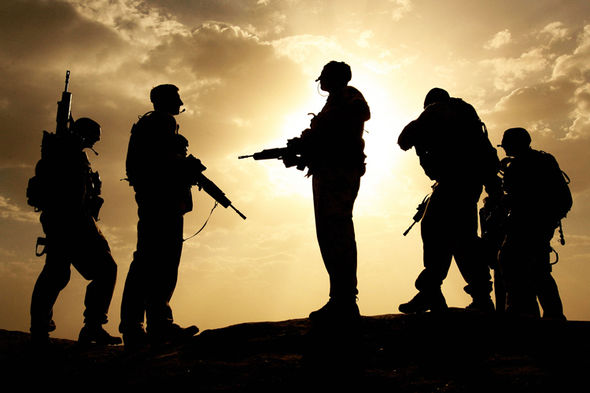 I dedicate this to all our incredible War Heroes – especially the War Hero who was brave enough to bare his soul to me: a complete stranger, in order to help raise awareness for mental health. Thank you for allowing me to write this letter with you and on your behalf.

Our world is an amazing place but sadly, a terrifying one too. For those of us who are safely at home with those we love – how can we begin to imagine what our soldiers and their loved ones go through? How can we begin to comprehend their dedication, their bravery and not only their physical, but their emotional and mental pain and suffering? In a world with such uncertainty and sadly so much hatred – the struggle of our war heroes should never be taken for granted.

Where on earth do I start? Do I start with the horrible sick feeling. A feeling of falling down a black never-ending hole just wondering when I will hit the bottom and if I will be lucky enough to die outright or will there be suffering?

PTSD and Depression are one of the hardest things to ever have to talk about and explain, to the point where I can’t even talk to my wife about it. Mainly because, like so many others, she doesn’t understand depression at all in the slightest and thinks that it’s something you can just ‘snap out’ off.

I’ve been through a lot in my life from breaking the majority of the bones in my body and some internal organs, to spending 2 and a half years fighting in Iraq. Iraq has probably had the biggest impact on my depression and life. I have seen and done things that will most definitely haunt me for the rest of my life.

I suffer from depression from all the broken body parts and the serious amount of physical pain I feel  24 hours a day. I am sure you can imagine the restrictions this has on my life now compared to how active I used to be before. I also suffer with PTSD from all the things I’ve seen and done in my time in Iraq.

To explain depression itself is pretty tricky. I guess the easiest way would be to talk about an experience from a few years back -so here goes. I had just spent a year lying in a hospital bed in my living room with no use of my arms or legs due to plaster casts and multiple operations. My partner at the time used to run around doing everything for me and I mean everything.

It used to eat away at me the fact I couldn’t do the simple things that we take for granted. After a year of this I finally managed to get into a wheelchair which was a massive step for me and meant a little bit more freedom. After a couple of months my partner was finally able to leave me on my own and go back to work. Ironically this was the time the depression started to take hold. I am not sure if it was jealousy of the fact she was out doing things when I was stuck in the house. It may have been all the little things like getting my fingers jammed in-between door frames and the wheelchair when going through them, or maybe it was both. As time went on my head played more and more games with me – putting doubt into the mix. I would think to myself that I was in the way all the time and that everyone would be better off without me in their lives.

The doubts got worse and worse and paranoia set in, but all the time this was happening in my head nobody on the outside could tell there was anything wrong or even had a clue the types of thoughts that I was having.

Eventually I snapped and went through the kitchen and into the side door of the garage in my wheelchair. I got myself a nice thick piece of rope off my shelf and chucked it over one of the beams in the garage and sat there trying to think if I could come up with some positive reasons to be alive that outweighed the negatives. Eventually I tied a noose in the rope and tied the other end of the rope onto the front bumper of an old Jeep I had in the garage to restore. My plan was to try and stand up long enough to get the rope around my neck then as my legs gave way I would knock the wheelchair away from me and let things run their course. It was all going according to plan right up to the point where my legs gave way and I knocked the wheelchair back out the way. Then there was a loud bang and I hit the floor, luckily the bumper had snapped off the front of the jeep and went up and over the beam stopping anything from happening.

I then took that as a sign and crawled back into my wheelchair, put the rope back on the shelf and slid the bumper underneath the jeep and went back into the house and carried on as if nothing had happened.

In my head the thoughts and feelings I had were irreversible and could not be changed. Depression is a weird thing it can consume you and make falseness seem reality if that makes sense.

I never told anyone about the garage incident as I knew nobody would understand why I tried to do it and the feelings I had of being completely useless.

I am obviously glad now that I didn’t succeed because I now understand that most of the thoughts are not real and that your mind can play horrible tricks on you.

On the PTSD side of life, most of it all circles around one thought from something that happened or something I saw whilst out there. Mainly nightmares are the big issue and it is always the same recurring nightmare over and over again. No matter what I do I can never change the pattern of the nightmare.

My main trigger for flashbacks are loud bangs or shifty looking people. Unfortunately I know for a fact no matter what I do I will always have the same flashbacks for as long as I am alive because some things are just too bad and horrible to be able to erase from the mind.

I think the best thing I have read on PTSD was a post on Facebook about a solider stuck down a hole with PTSD and loads of different people pass and offer advice but cant get him out. Then another soldier comes past who used to suffer with it and jumps in the hole with him. He says something like ‘I have made it out of this hole before so I am sure I can do it again’ .

I hope this helps people who may be struggling or families who may be finding PTSD and depression difficult to understand.

One of the many War Heroes x

How do I respond to this? This has literally knocked me for six.  For those of you who read my story of coping when a loved one gets depressed you will now have an idea of the types of feelings that family members and carers feel.  Hearing it from the other side and just how hopeless people can feel is the KEY to being the best help.  We may not be able to understand how someone with depression, PTSD or Postnatal Depression feels. That is ok though.  How can we be expected to understand something we have never been through?  We need to have lived it.  My war hero hit the nail on the head. I emboldened in the letter and I will say it again –

I now understand that most of the thoughts are not real and that the mind can play horrible tricks on you.

The mind is powerful.  We don’t have to understand it.  We just have to think before we speak. People with mental illness are unable to just’snap out of it’ and pull themselves together.  They need our unfathomable support as do those who provide support and care.  They need time.  They need to be shown patience.

Let’s work together to help experiences of PTSD and depression become a positive force for change in the lives of the heroes who have suffered so much for others sake’s. Lets make sure that no other war hero suffers such unspeakable hopelessness alone and that with ours and societies’ help their battle will be won. My War Hero.